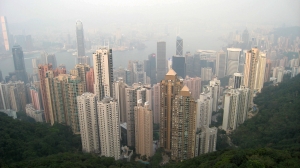 Asia, March 2015
Back from a trip in different countries in Asia, I’ve clearly seen that the situation in the IBM i market is rather different from Europe and North America – apart from Japan of course, which definitely resembles these two large areas. The main and highly visible difference is that the ecosystem is far less developed. No local user groups, very few active ISVs and marketing events. Therefore, lots of companies have no other option than to leave the platform.

But at the same time, I met an IT manager in Singapore that told me: “why should I change, as everything works perfectly?” For sure anyone could wonder why they should take on the risk of changing something that works. The answer is – in my opinion – it is better to carry out a small but regular set of evolutions, than a revolution. A system that fails to evolve will necessarily lead to a revolution one day or another as the world itself is evolving so fast.

A revolution is not necessarily a bad thing. Sometimes, it can be the only approach, when there are too many obstacles of whatever kind that prevent a smooth transition. But one thing for sure, it is certainly the most risky approach. With a revolution, we know when it starts but no one can predict when it will stop…

This leads us to a terrible contradiction: some companies just don’t want to modernize their system because they are scared of breaking something that works and, by the way, is also highly business critical. Yet, at the same time, they don’t hesitate to create a revolution by migrating to a totally new system, changing hardware, software and the entire organization of their company. Isn’t this a real contradiction?

So why not modernize then? It appears to be the less risky (and less costly) option. The answer is always the same: people just do not believe it’s feasible. It is fortunate that we don’t have the same type of reaction for the houses we live in. I leave you to imagine our landscape if that was the case… Of course modernization is feasible. It is just a matter of not doing everything at the same time, and having the right tools and methodology.

So our mission consists of maintaining a favorable ecosystem. There have been several initiatives of that kind. Let’s mention iManifest, RPGLanguage, AS400Specialists. So is the time now to talk to young generations. I will let you know how to proceed in my next article…