Skip to content
Home»News & Events»On-demand Webinars»DevOps for IBM i: On Git, SVN, RTC or TFS

DevOps for IBM i: On Git, SVN, RTC or TFS

[Webinar series] DevOps for IBM i:  On Git, SVN, RTC or TFS

Most of us on IBM i (aka iSeries, AS/400) now develop in a mix of languages and platforms. Diverse languages has meant different source code management (SCM) systems, some open source. It’s been every IT manager’s “holy grail” to manage all of this code in the same tool: one repository, one branching system, one way to manage versions.

But each of these SCM tools fails in two key areas: the Build (recompile) and Deploy of IBM i artifacts. IBM i technology comes in many variants, and without specific handling, teams face heavy manual effort and the risk of error.

This is where ARCAD and DevOps comes in. If you are looking to manage your IBM i source code from Git, SVN, IBM RTC or TFS, we will demonstrate how to fully automate:

Our Webinar series opens with a general session on DevOps for IBM i, introduced by Tim Rowe, Business Architect at IBM. Then three breakout sessions demonstrate the ARCAD Pack for DevOps on Git/SVN, TFS or IBM RTC respectively. 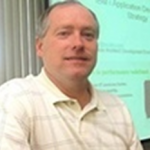 Tim Rowe has worked for IBM in Rochester, Minn. for more than two decades. He is currently the business architect for application development on IBM i with responsibility for ensuring that the platform has the infrastructure and components necessary for customers to develop, build, run and administrate world-class applications on IBM i. Tim spearheaded the re-write of the IBM i Modernization Redbook, a highly comprehensive guide spanning database and application architecture, source code and user interface.

With 26 years of experience on the IBM midrange platform, Floyd is Business Development Manager for the ARCAD Software group. In his role at ARCAD Software, Floyd has been extensively involved in the management of DevOps and Enterprise Modernization projects on IBM i, from planning stages through to delivery. Drawing on his experience in managed services and the introduction of agile methods, Floyd is a trusted advisor and speaker on the subjects of DevOps, Test Automation and Application Lifecycle Management.

Ray Bernardi is a 28-year veteran involved in the System 38/AS/400/iSeries/IBM i development and currently is a Pre/Post Sales technical Support Specialist for ARCAD Software, international ISV and IBM Business Partner.  Ray has been involved with the development and sales of many cutting edge software products throughout his career, with specialist knowledge in Application Lifecycle Management (ALM) products from ARCAD Software covering a broad range of functional areas including enterprise IBM i modernization and DevOps.  In addition, Ray is a frequent speaker at COMMON and many other technical conferences around the world and has authored articles in several IBM i publications on the subject of application analysis and modernization, SQL, and business intelligence.